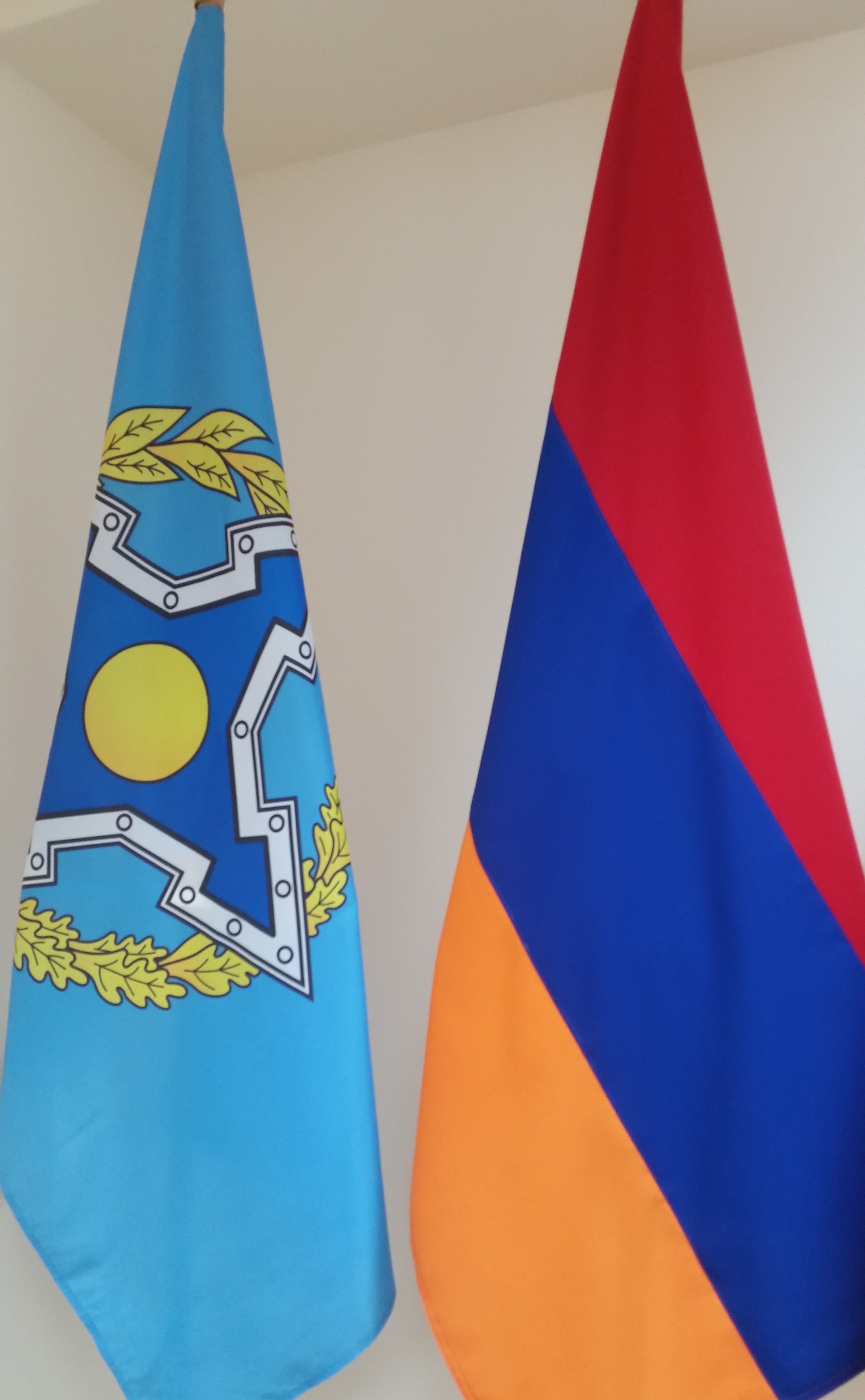 The Republic of Armenia is a founding member of the Collective Security Treaty Organization (CSTO, Organization).

Membership in the CSTO is among the security components of Armenia, which is realized via multilateral ties between the member states.

Before the establishment of the Organization, the member states had been cooperating in the frames of the Collective Security Treaty (Treaty), which was signed on May 15, 1992.

The Collective Security Treaty stipulates that “in case a threat to security, stability, territorial integrity and sovereignty of one or several member states or a threat to international peace and security, the member states immediately put the mechanism of joined consultations into action with the aim to coordinate their positions and take necessary measures to eliminate the emerging threat (Article 2).”

Also, it’s of particular importance that privileged conditions for the military-technical supplies have been defined within the framework of the Organization aiming to strengthen the military component of the member states.

Armenia has always been consistent in the initiatives targeting foreign policy coordination, fostering defense (military) potential, as well as countering challenges and threats in the frames of the organization.

The Nagorno Karabakh peace process has always been in the center of attention of the CSTO. This is reflected in the joint statements adopted by the heads and foreign ministers of member states:

The Statement of the Heads of the CSTO Member States, December 23, 2014.

Another statement on the Karabakh issue was adopted at the session of the CSTO Foreign Ministers’ Council held in Yerevan on July 4, 2016.

Issues of pan-Armenian significance as well find relevant reflection within the framework of the CSTO.

The Ministers of Foreign Affairs of the Organization condemned the extremists’ assault on Syria’s Armenian-populated Kessab in a statement adopted at the sitting of the CSTO Foreign Ministers’ Council held in Moscow on April 3, 2013.

Another statement on Syria was adopted at the course of the sitting of the CSTO Foreign Ministers’ Council held in Yerevan in 2016.

Armenia’s Chairmanship at the CSTO

Armenia assumed the CSTO chairmanship for the second time on September 15, 2015.

The priorities of Armenia’s chairmanship in the Organization run as follows: